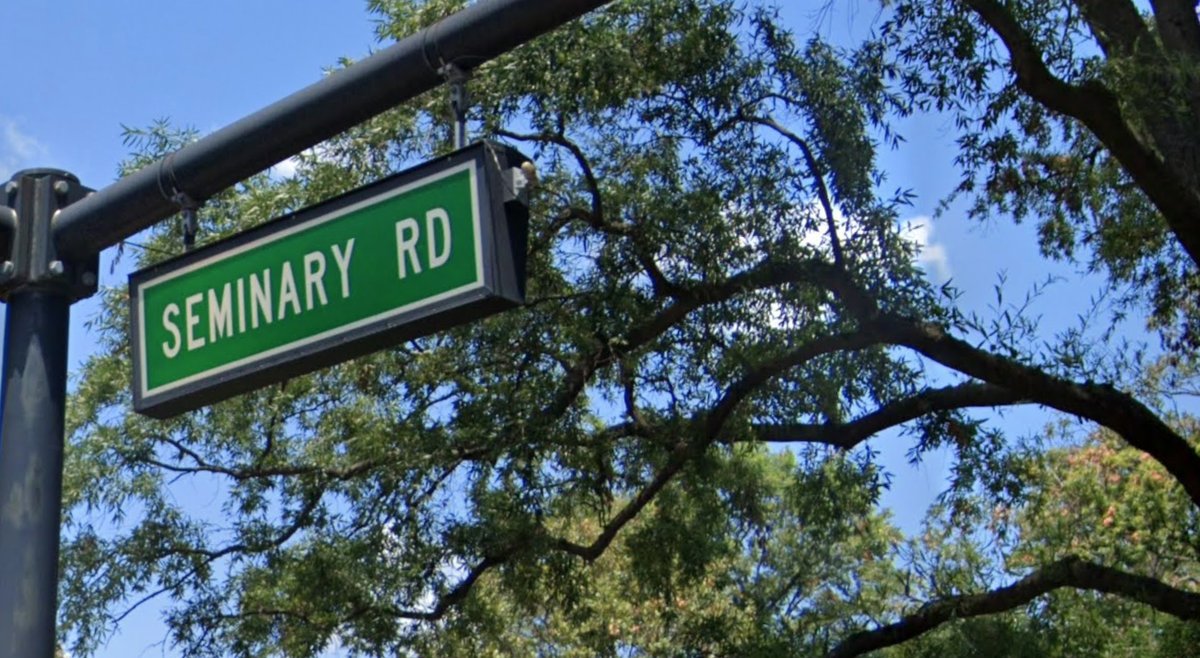 The Seminary Hill Association sent a lengthy letter to City Manager Jim Parajon in which they disputed a recent analysis by transportation and environmental staff on whether the Seminary Road diet worked as intended.

Earlier this fall, city officials released a study supporting their claim that the Seminary Road Complete Streets program primarily achieved its goals by making the roadway safer for all users.

The city council had voted in September 2019 to put Seminary Road on “diet”, reducing two lanes in each direction to one lane in each direction, a center turn lane and cycle lanes. The decision was controversial, to say the least.

In their official report more than two years after the road was repaved, city officials said:

affected by it. Since its implementation, it has failed to deliver on its promises and continues to be

highly unpopular. Most troubling for our members is that the post-project implementation

The evaluation document states that the project was very successful. It is not,” the SHA letter noted.

Among the SHA’s main complaints, the “before” period of traffic measurement was before the pandemic and the “after” period was during a time when most people were still working from home and traveling less. Additionally, Douglas MacArthur Elementary School was demolished and is being rebuilt – these students attend school next to Patrick Henry School on Taney Avenue.

“As of spring 2022, traffic volumes had still not returned to pre-COVID norms and there were numerous reports in the press that the work-from-home trend was continuing indefinitely,” SHA wrote. The city’s report noted that crashes have declined, but they’ve also declined citywide at a similar rate due to fewer cars on the road.

Also among the SHA’s complaints: The design of the roadway, in particular the medians installed for the safety of pedestrians which have been repeatedly struck by motorists since their installation. Repairs to medians and surrounding signage are at taxpayer expense.

“Although the medians have been hit on several occasions,” Orr said, “there is no evidence that the islands pose a serious safety hazard as there were no injuries resulting from these crashes, and most were more likely due to driver error.. However, the City has implemented new measures to make the islands more visible to motorists.

Additionally, Alexandria Fire Department officials told T&ES that they were unaware of any negative impacts on emergency response as a result of the pavement modifications.

While the overall speed of drivers on the carriageway has not decreased significantly (it remains around 34 mph), the number of speeding tickets – those that were the most dangerous – has decreased, according to T&ES.