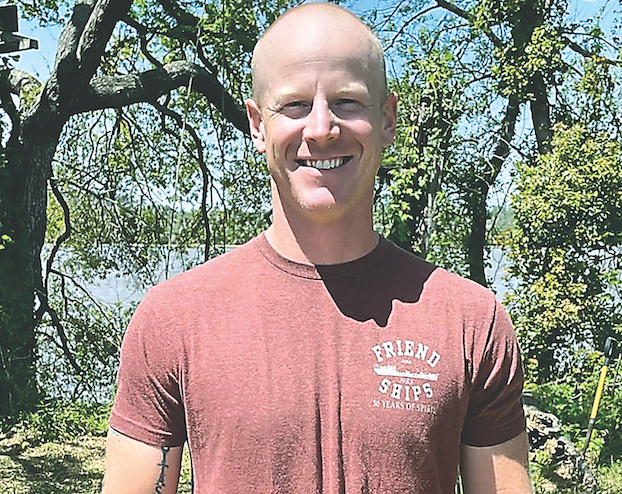 Shane Rogers is the son of a pastor. He grew up attending church regularly in his hometown of Ventura, located in Southern California just an hour from Los Angeles.

Rogers believed there was a god. He believed that a man named Jesus walked the earth. But he didn’t “believe”, not as his parents believed.

“When I got to high school, I started making stupid mistakes, making bad decisions,” he said. “My first job outside of school was at a law firm and I really despised it. I hated being inside.

It was around this time that Roger began to understand the difference between going to church and having a servant’s heart, the very essence of Christ’s ministry.

“I was tired of serving myself,” he said. “I was ready to serve others.”

He was 20 years old. He embarked on a journey of several months to think about the best way to serve. He thought about joining the military or becoming a law enforcement officer. He looked at the Peace Corps.

“My missions pastor told me about the Friend Ships and the Sea Hawks,” Roger said. Sea Hawks is a strict and rigorous physical and spiritual training program for young men and women ages 18-25 who are seeking what God has for their lives and who wish to grow in their walk with Christ. Becoming a person of excellence, honor and integrity with physical and moral courage who shows God’s love to the world around him is the goal of the 10-month program.

When I got to Lake Charles and started training Sea Hawks, I think that’s when faith, putting God first in my life became my mode. of life,” he said.

Rogers quickly moved into the instructor position and was a Sea Hawk for 10 years, earning him the title of Sgt. Major. He is now married to Hannah, a young woman from Arizona who also completed Sea Hawk training. They are mom and dad to Piper, 6; Lily, 4 years old; and Bennet, 7 months.

“It’s a tough program, but it can be done. Some don’t make it, but in my experience if it’s the choice of the young woman or the man to be here, they can do it,” Rogers said. “It’s not like one of those court-appointed programs.”

Training includes rising early, cleanliness of person and place, physical training, work, devotion, Bible reading and scripture memorization, letter writing, some journaling, eating and to sleep. Time management is a major asset. The Sea Hawks visit Christian churches of all denominations and for many of them this is the first time they have visited a church different from the one they grew up in.

“It’s preparation for sharing the gospel and for being physically able to serve with Friend Ships after a disaster,” Rogers said.

No one at Friend Ships or with the Sea Hawks program gets paid,” Rogers said, “from the director of Friend Ships (all-volunteer international relief organization) to the last Sea Hawk crew member.

Accommodation and food from the ship are provided. Uniforms and books must be purchased. The Sea Hawks bring personal hygiene products. During the first three months of basic training, comings and goings are limited.

Rogers favorite Bible verse is Psalm 139:23-24: “Search me, God, and know my heart; test me and know my anxious thoughts. See if there is an offensive way in me and lead me to the eternal way.

The Bishop vs Worcester Catholic School