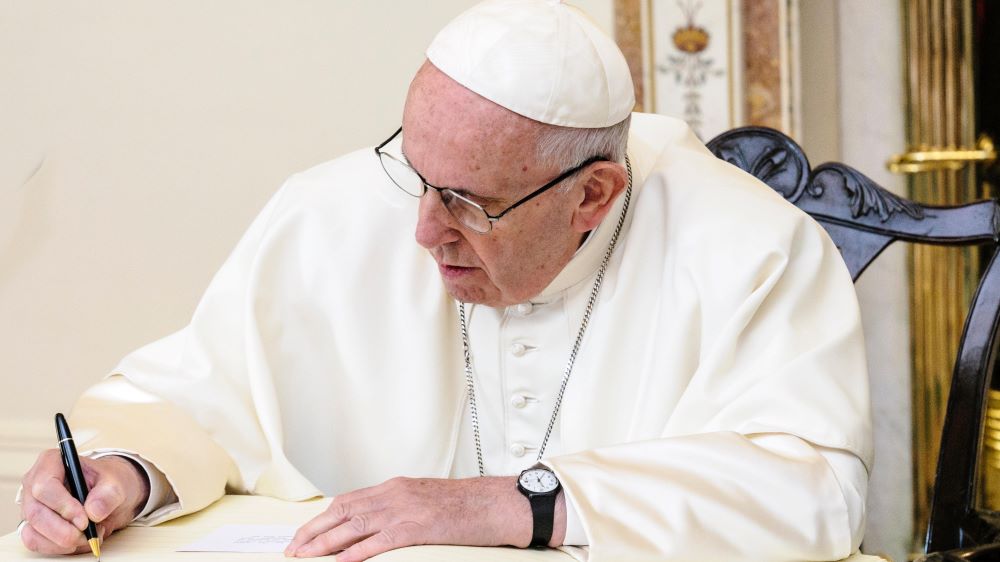 The Great Waltz of Decrees

This text is specifically intended for the Fraternity of Saint Peter (FSSP). The pope thus acceded to the requests of the superior of the district of France and the rector of the seminary of Wigratzbad, received in audience by Francis on February 4.

The official communiqué of the FSSP recalls that, during this hearing, the Pope wanted to specify in particular that institutes such as the Fraternity of Saint Peter were not concerned by the general provisions of the motu proprio Traditionis Custodes, the use of ancient liturgies the books being at the origin of their existence and foreseen by their constitutions.

Although the decree only mentions the FSSP, it implies that all the institutes which find themselves in the same situation as this Fraternity are concerned, or may be concerned at their request.

The pope kindly “grants” to members of the society “the power to celebrate the sacrifice of the Mass, to administer the sacraments and other sacred rites, and to perform the divine office,” according to typical editions of the liturgical books. in force in 1962, that is to say the Missal, the Ritual, the Pontifical and the Roman Breviary”.

However, this concession is valid only in the houses of the institute, as “everywhere else [members] use it only with the consent of the local Ordinary, except for the celebration of private masses.

A final clarification invites reflection: “The Holy Father suggests that, as far as possible, the provisions of the motu proprio Traditionis custodes should also be taken into account”.

The reactions were not long in coming after the publication of this new decree.

Faced with the lack of coherence between these practical provisions and the framework established by Traditionis custodes, some have given up on finding logic in the acts of Francis’ government during this period of his pontificate.

Others find a message to the Congregation for Divine Worship, as well as to the hardest bishops, to recommend more flexibility in the application of the Traditionis custodes.

Still others see it as a precaution to avoid targeting certain members of the former “Ecclesia Dei” institutes, who might have wanted to cross the Rubicon to firmly oppose Traditionis custodes and its harsh application promoted by Msgr. Arthur Rock.

In any case, it would be wrong to believe that this decree returns to the pre-TC state. This is not a return to the standard Summorum pontificum, which has been repealed, but only an exception to Traditionis custodes, which remains in force and continues to exclude the traditional liturgy for the whole Church. This observation requires further study.

The general reaction in Ecclesia Dei circles was relief, understandable at first sight. According to the FSSP press release, the members of the institute read the decree as a “confirmation of their mission”, a mission involving “the use of the ancient liturgical books… at the origin of their existence and foreseen by their constitutions”.

It should be noted that the decree specifically speaks of a concession made by François to the FSSP – and most likely to others who would request it. The term “concession” means an exception, a special rule – in other words, a privilege. Which leads to many thoughts.

First of all, even attached to the constitutions of an institute, a privilege remains revocable at all times. In such a fragile situation, it’s hard not to see it floating like a Damocles sword, which the recent past has shown can be used.

However, this threat itself masks an even deeper fragility.

Indeed, the situation thus created is that of a derogation, an exception. The general law does not change. Not only does this law not change, but the exception itself is powerless to modify it: it does not undermine its legitimacy.

Accepting to consider the traditional mass as an exception is therefore implicitly admitting the general law it presupposes: this lex orandi defined, according to the Traditionis custodes, by the new mass alone. And it is therefore to renounce to fight it effectively, and with it, to fight the new doctrine that it conveys: that of the Second Vatican Council.

It is therefore not surprising that the response given by the former Ecclesia Dei institutes to the publication of Traditionis custodes, on August 31, 2021, was a protest of fidelity to the Council and its aftermath. Unfortunately, this was the answer that the enemies of Tradition were waiting for.

Nor is it surprising that, while “conceding” the celebration of the traditional Mass, the Pope recalls the unchanged value of Traditionis custodes. The exception confirms the rule.

This is how the situation created by this “waltz of decrees” places the members of the former Ecclesia Dei institutes, despite their certain good will, in an ever greater powerlessness to fight effectively against the crisis which is dismantling the Church, and which does not reside only or primarily in the liturgical debacle, but in the spread of modern errors that have poisoned souls since the Second Vatican Council.

Certainly, it is important to celebrate the Mass and the sacraments according to the form polished by the centuries and the faith of the Church. The traditional Mass is indeed the perfect solution to the crisis of the Church, because it carries within it the truths that oppose modern errors. It is still necessary that these truths be expressed, clarified, taught and used for the fight of the faith.

Now, for this, the Mass must be recognized for what it is: the common good of the whole Church and not a simple particular good.

The liturgical crisis can never be resolved by a concession granted to those who want to remain attached to traditional worship, because a privilege remains a particular, limited good. To conceive of the traditional Mass as a literal privilege is therefore to restrict the influence of the Mass itself. All the more so since the authority which grants these concessions considers this form to be outdated, and in a way void, no longer being, according to the Traditionis custodes, the lex orandi of the Church.

Looking closely, the drama of the situation that has just been created is that those who are granted this concession, a sort of prison forbidding them to combat the errors of the Council, have themselves become their own guardians.