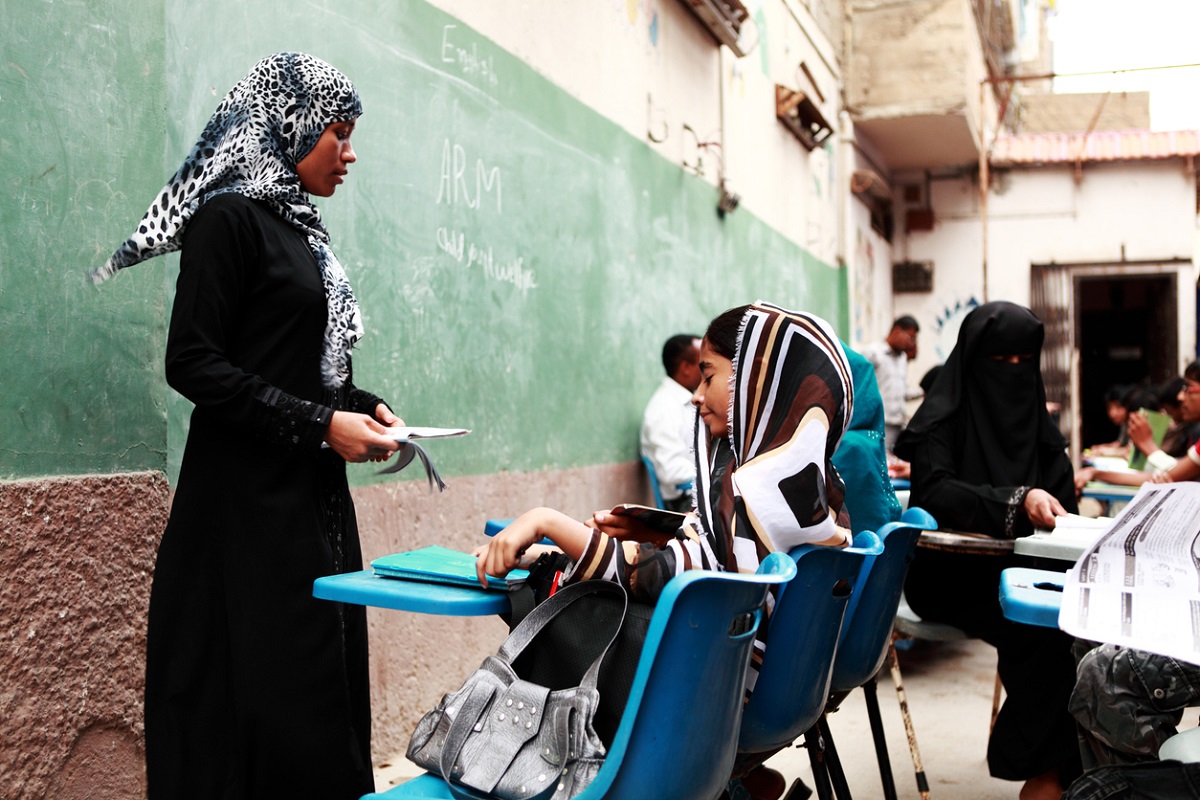 The myth of the madrasa

Inside room after room, students wrapped in shawls with their backs hunched over the overwhelming cold of winter and wearing crocheted skullcaps sit cross-legged on rugs, reading Qurans that lie open in front of them. them, resting on low wooden book supports. It is a typical Islamic seminary, the madrasa. The students are supervised by teachers, with shaved upper lips and thick beards, many of which are dyed with henna. They finger rosary beads while conversing.

Each waking hour of the day is focused on learning called tahfiz ~ memorizing the Quran by heart, known as hifz. A Muslim who has memorized the 6,236 verses of the Quran earns the right to be called a hafiz. Historically, Madaris (plural Madrasa) were institutions of higher learning until their importance diminished with the onset of Western education.

They have played an important role in the history of Islamic civilization and have been powerful nodes in the learning system and harbinger of several revolutionary achievements in fields as diverse as jurisprudence, philosophy, astronomy, science, religion, literature and medicine. It was only when the golden age of Islam began to wane that madrasas lost their academic vitality and relevance and gave way to western-oriented education.

The reputation of madrasas has taken a hit in recent decades. They have been continuously targeted and slandered by an avalanche of harsh and harsh criticism. Madrasas were considered to be extremist hotbeds. However, the negative stereotypes presented in some sections of the media do not portray the true picture. The majority of these Islamic schools present an opportunity, not a threat; their teaching certainly does not have what is called the â€œextremist pitchâ€.

For young children in the village, these schools may be the only route to literacy. For many orphans and poor rural people, madrasas provide essential social services: education and accommodation for children who otherwise may well find themselves victims of forced labor, sex trafficking or other abuse. They continue to serve parts of developing societies that governments never reach. For parents mired in poverty and forced to work long hours with limited breaks, madrasas play a vital role in ensuring their children are supervised, fed, and learned to read and write.

As their graduates embark on a series of new careers and the pressures from the community as well as the state and the media for reform increase, these Islamic schools are also changing. Far from characterizing one end of the polarizing spectrum of traditional versus modern and religious versus secular education, the state must continue to use Islamic seminars as part of the regular educational paradigm.

He must develop an educational grid that allows constant movement between madrasas and ordinary educational establishments. Madrasa programs, in most cases, offer courses like â€œQuran-i-Hafizâ€ (memorizing the Quran), alim (allowing students to become scholars on Islamic issues), tafsir (Quranic interpretation), sharia. (Islamic law), hadith (the words and deeds of the Prophet Muhammad), Mantic (logic) and Islamic history (mainly constructed and invariably avoiding any discussion of the weak points of the former Muslim rulers).

These subjects are considered theologically compulsory. Several madrasas now supplement the traditional program with modern teaching. This is in response to growing dissatisfaction and fatigue with a redundant learning system. For centuries, Muslim theologians have mixed the rigorous teachings of Sharia with the ideas of mysticism to allow the spirit, rather than the letter, to shine.

But most madrasas have their curriculum modeled on the famous Deoband Seminary, the ultra-Orthodox Sunni school of thought that is a recognized vein for small madrasas and that emphasizes the letter. Most supporters of madrasah reform argue that the current curriculum cannot instill in students the values â€‹â€‹necessary to accommodate their notions of â€œapplied Islamâ€.

It is out of step with the world in which the majority of Muslims live. Once a strong intellectual tradition, Islamic orthodoxy is now in serious need of a makeover. Mainstream theologians who speak to the majority of secular Muslims, both Sunni and Shia, are unable to address several critical moral and theological challenges. Its hallmark is archaism in theology and ethics. This is because theological education is steeped in ancient texts.

Ordinary clerics are reluctant to replace medieval rulings on blasphemy, apostasy, and captives with new interpretations of Islamic law based on current realities with little attention to reinterpretation. Efforts to remain “politically correct” have contributed to the lack of structured debate and discussion on how best to make modern education accessible to millions of poor young Muslims so that they can get jobs.

Madrasa keepers now realize that cultural isolation would only lead to stagnation. But madrasas are not immune to change. Many of them are trying to forge a Muslim identity that is compatible with modern culture and resistant to the flattery of radicalization. These madrasas are a counterpoint to many traditional madrasas that emphasize religious studies to the detriment of everything.

Thus, in addition to equipping madrasas with modern education tools, we must orient the state of mind of students to bring them in tune with social realities and make them aware of emerging socio-cultural paradigms. This must be the fundamental objective of the process of modernizing madrasas. Religion, for Sir Muhammad Iqbal the great philosopher-poet, was a dynamic and fluid movement, not a closed theology intended for mere imitation.

Islam marked the end of prophecy, not of human intelligence. Shibli Nu’mani, a renowned 20th century scholar from madrasah circles himself noted: â€œFor us Muslims, mere (modern) English education is not enough, nor is the ancient Arab education of madrasa is not enough. Our disease requires a compound panacea. One part to the east and the other to the west. Madrasas can play a vital role in providing secular and religious education. Since students are educated in classical and modern sciences as well as secular and religious thought, they are better able to spot scriptural distortions.

The government’s understanding and strategy regarding the treatment of madrasas must evolve from a black and white perception to a healthier one. State governments must be sensitized and co-opted and attempts must be made not to let the discussion be reduced to â€œsecular versus non-secularâ€ debates. Madrasas need a makeover and must keep pace with the demands of the changing times. They should broaden their worldview and should have enough resilience and malleability to respond to the fluid and changing world.

Students unfamiliar with the intricacies of their faith can be swayed by arguments that appear to call for jihad when taken out of context. But the students of the new generation of madrasas are anchored in values â€‹â€‹that are both classical and liberal. They also tend to be better connected not only to their communities but also to society in general, and their stable sense of identity, religious or otherwise, protects them against radicalism. They are allies in India’s fight against extremism.

The right approach would be to temper classical and traditional learning with liberal thinking. It can foster a culture that will engender the two streams of learning to nourish each other. This will enable the students of these seminars to lead a life as faithful to their faith as to listening to modern needs. It will make them actors empowered to shape their future as well as that of their communities. While it is true that most madrasas have survived their role, they do not need to be decimated. By all means, they need to be improved and expanded in what they teach, but asking for their abolition would just be another blow to the self-esteem and desire for improvement of the poor.

What they need is essentially a makeover in a way that respects traditional sensibilities and attempts to synergize classical and modern learning. The current approach to madrasas, which focuses on tradition and piety, as well as an infusion of new knowledge, is the best way to revitalize madrasas and, therefore, Islam.

(The author is the author of the village diary of a heretical banker. He can be reached at [emailÂ protected])

From no scholarship offer a year ago to a house in Lincoln, 2022 keeper Jamarques Lawrence finds a place with Husker hoops | Men’s basketball