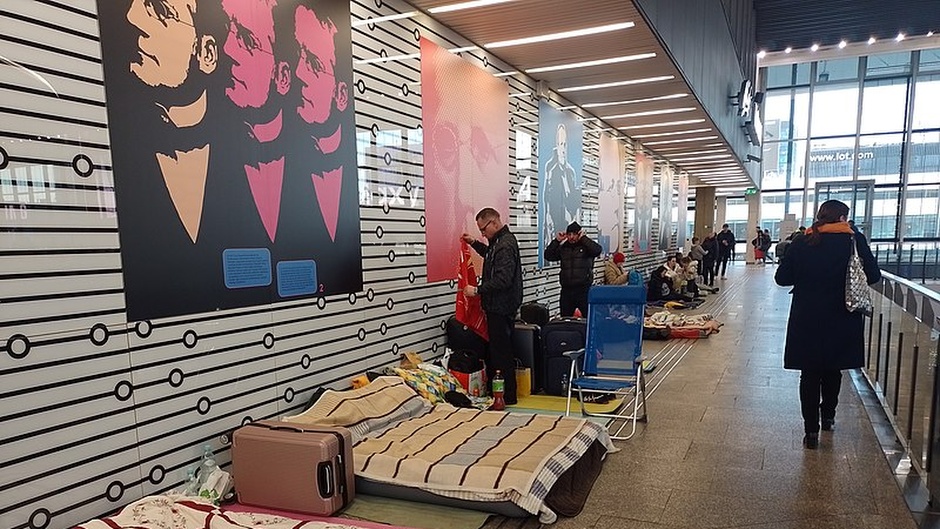 Unsurprisingly, the Russian invasion of Ukraine caught surrounding countries off guard for what was to come..

In addition to Ukraine’s direct neighbors (Poland, Slovakia, Hungary, Romania and Moldova), we also include the Czech Republic and Bulgaria in this article, as a large number of refugees are heading there as well.

Although we have become accustomed to calling these countries “gateways”, the following weeks and months have shown that they were not only essential transit countries for these refugees, but were to become longer-term refuges for many of them.

According to the 2018 European Social Survey, residents of Central and Eastern Europe (CEE) were less likely to welcome immigrants than their Western counterparts.

This was evident during the Syrian refugee crisis that hit Europe in 2015 when their governments strongly opposed plans to relocate asylum seekers and pledged to keep their borders closed to refugees, which caused a major rift within the EU.

However, since the disintegration of the Soviet Union, Ukrainians were the largest minority in many Central and Eastern European countries and the overall experience with them has been quite positive: most of them have come in search of employment so they can support their families back home, which has made them trouble-free neighbors and co-workers reliable, without major cultural differences.

Moreover, the a common view of Russia as a potential lasting threat has led Central and Eastern European countries to sympathize with Ukrainee, especially since 2014, when attacks by Russian forces began in the Donbass and Crimea was annexed.

As Russian troops openly invaded Ukraine February 24, the the biggest refugee crisis in Europe’s recent history has begunimpacting this time mainly the region which showed less solidarity in the past.

In the first five weeks alone, more than four million Ukrainians have been forced to leave their country. Overnight, bordering countries were inundated with people fleeing war.

The situation at the borders and in the main transport towns was dramatic and chaotic, but at the same time the governments and civil society, including churches, responded quickly and developed contingency plans to help those fleeing the Russian invasion.

The churches were among the first to respond. Although few in number in this region (especially of evangelical believers), but thanks to the many existing relationships and partnerships with the Ukrainian churches, they were able to help immediately, organically, flexibly and efficiently, long before the big players could to intervene.

Most churches immediately offered their venues, finances, workers, volunteers and other resources face what they saw as their life’s challenge.

The number and variety of stories is overwhelming. There are hundreds of thousands of churches like Maják, a small evangelical church in the small town of Vsetín, Czech Republic, which originally wanted to help 10-15 Ukrainian families close to some of their church members, but ended up helping a thousand refugees in just the first week of the crisis-

Or like PROEM Christian Center in Zakościele, Poland, which quickly adapted all its programs and connected with partners to be able to offer care in different ways to thousands of people fleeing the war, or like the network of Ukrainian Churches from Bucharest (UBC22), which connected 800 volunteers who helped more than 5,000 refugees and delivered more than 100 tons of food to Ukraine.

Like approx. 50% of refugees were children and 80% of adult refugees were womenold concerns and fears about immigration were forgotten and empathy and solidarity prevailed throughout society.

Many unchurched people have been brought into cooperation with churches meanwhile, trusting and appreciating their selfless and effective ministry.

By serving the refugees, Christ became visible in the Church. This first intense phase lasted about two months. Then fatigue came. The volunteers slowly began to withdraw.

Leaders burned out and realized they needed support themselves. The future was uncertain, but it was clear that most of the refugees would stay, not wanting to be away from their homeland and the family members they had left behind.

Realized churches this cooperate and create long-term sustainable models of ministry from the Ministry of Refugees is inevitable.

“To turn evil into good” is a biblical model of God working in the midst of the most difficult circumstanceschanging that which was destined for destruction by accomplishing His purposes.

From this point of view, we can identify four main areas of new challenges and opportunities for the Church in neighboring countries.

Sustainability – despite the difficulties, continue to develop what you have already begun: In recent months, the Church has grown in the areas of spiritual accompaniment and social commitment in an unprecedented way.

New ministries have been created, new people have stepped in, new leaders have arisen. But the war in Ukraine has impacted the economy of countries like Poland, the Czech Republic or Moldova, and church worshipers may grow weary of helping Ukrainian refugees while suffering from inflation, rising electricity and heating costs as winter approaches.

It is therefore of the utmost importance to continue to draw our attention to the war in Ukraine. Unlike the media, we can’t take it out of our church headlines because people get tired of hearing about it. Instead, the church must look for ways to make ministry to Ukrainians sustainable and long-term.

Intentionality – despite serving many, continue to seek out the still unseen and unanswered needs of a few: with governments reducing their involvement in helping refugees, the Church must play an active role in the identification and response to new needs as well as in identifying refugees who fall into existing systems.

Children struggle to balance on-site and online school education. Persons with disabilities cannot enroll in any support program. Single mothers with babies cannot work or send their children to kindergarten.

Men struggle with addictions. The elderly cannot count on the support of the government or that of their adult children. These are specific needs that can only be met through intentional involvement.

Equip & popularize – despite the natural gravitation toward those already in the church, continue to reach out to the lost: There is a common tendency in the Church to focus on those who are already disciples of Jesus and to neglect those who still don’t know him.

Yet the Great Commission does not lose its relevance in the circumstances of war. As disciples of Jesus, we are still called to “go and make disciples of all nations.”

Therefore, we must find ways to serve the people whom God has brought to our doorsteps, though displaced and afflicted by the horrors of war.

Equipping Ukrainian believers as well as seeking, developing and supporting diaspora leaders who can mobilize others to reach out to their Ukrainian neighbors should become another focus of our attention.

As Yaroslav Pizsh, the president of the Ukrainian Baptist Theological Seminary, has said, helping refugees transform themselves “from victims into ambassadors” for Jesus is essential in this process.

Serving Ukrainians outside the Church whose marriages have been strained, identity shaken and sense of belonging undermined provides another opportunity to reach out to them with the gospel of Christ.

Mobilizing women leaders, given that more than 80 percent of all refugees are women, is of the utmost importance despite the cultural challenges involved.

Many communities of believers have become more visible in their local context, cooperating with other associations and local authorities. At the same time, new partnerships (both national and international) have been established, providing opportunities for outreach in the future.

Developing these partnerships will hopefully lead to increased recognition and growth of the Church in countries like Poland or the Czech Republic where Evangelicals are considered an insignificant minority.

let us use this time wisely, not for our own glory, but for the glory of God and the ultimate expansion of His Kingdom.

Rafal Piekarsky is a Polish pastor and leader of Proem Ministries.

Barbora Filipova is Czech and works with the international team of Josiah Venture.

This article first appeared in Vista Journal Issue 42 (November 2022) and is republished with permission.

Sami Reinking is the winner of the 2022 Sheldon Homecoming Scholarship – KIWARadio.com