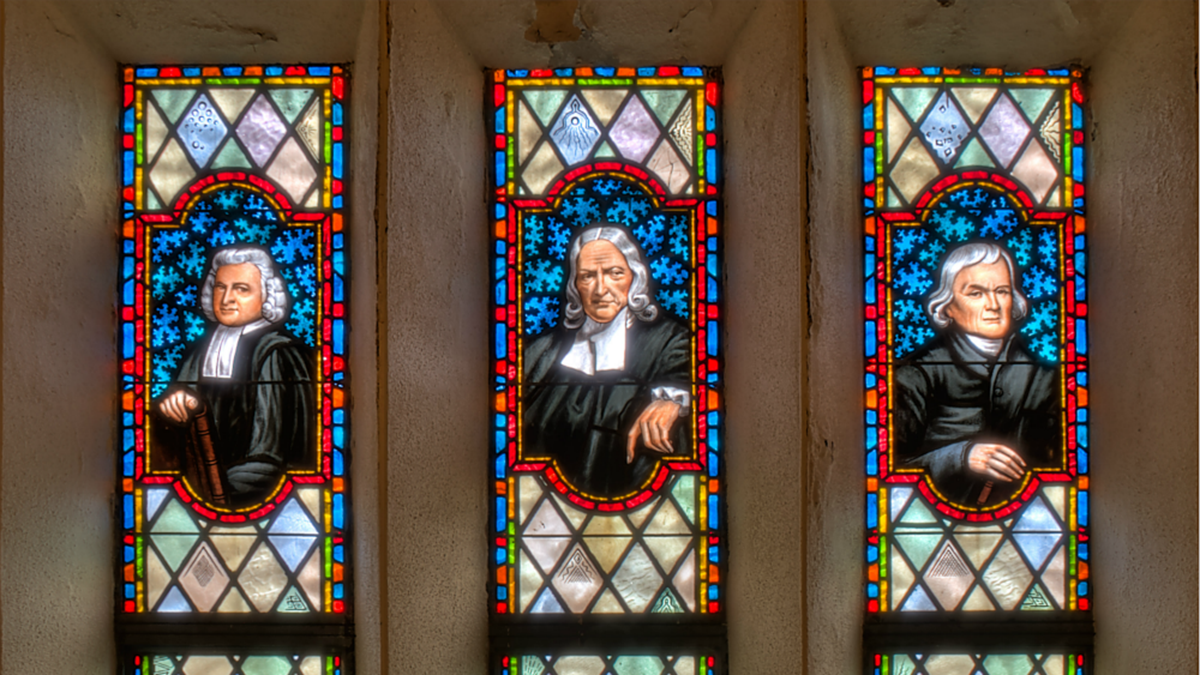 Sixty-four scholars and theologians have signed a “Wesleyan Witness,” a six-part, 62-page document that they hope will shape the future of Methodism, define Orthodox Wesleyanism, and root more Christians in the history of sanctification and restoration through grace.

“It’s classical, orthodox Wesleyan theology,” said Suzanne Nicholson, New Testament professor at Asbury University, who is one of the authors. “The power of the Holy Spirit is greater than the power of sin. No matter your class, race, gender, God is at work among the faithful, and this leads us to complete devotion to who God is.

“The Faith Once Delivered” was first penned in January at a summit for “The Next Methodism.” Scholars allied with the evangelical wing of The United Methodist Church, as well as Holiness and Pentecostal denominations, met, formed five working groups, and co-authored statements on five theological topics: nature of God, creation, revelation, salvation and the church. A sixth section on eschatology or “the fulness of times” was added later.

Danker, director of the institute, told CT that the paper is not meant to be polemical, or even truly original. The hope is to offer “a constructive voice” that clearly articulates the Wesleyan understanding of Christian orthodoxy.

“They are faithful Wesleyan scholars who are committed to the faith once handed down, to Nicene Christianity,” he said. “Methodism is entering a period where it is going to have to divide again, and that happens every time there is a division. We go back to the scriptures and the church fathers.

The United Methodist Church (UMC), which has about 31,000 congregations in the United States, is currently divided over LGBT issues. The denomination agreed to a split plan in 2020 but twice delayed the meeting where the split could occur, citing COVID-19 concerns. In May, some traditionalists decided to wait no longer and started the Global Methodist Church (GMC). So far, nearly 100 congregations have begun the process of leaving the UMC and joining the GMC.

According to Danker, the division stems from competing understandings of holiness. Traditionalists link the doctrine to purity and questions of sexual ethics. Progressives associate it with inclusivity and acceptance.

The bigger problem, in his view, was Methodists prioritizing institutions and organizational structures over everything else.

“In the middle you have an institutionalist, moderate core that has really lost a vision of holiness,” he said. “They are interested in creating an umbrella under which various viewpoints can exist in unity and harmony, but what really unifies is just having people under the umbrella.”

“The Faith Once Delivered”, on the other hand, attempts to unite Christians around the theological narrative of the restoration of God’s image in mankind. It does not mention homosexuality and only mentions marriage once.

The document begins with the attributes of God. The following sections explain how the image was given in creation but marred by sin; how it reveals itself in human history through the incarnation of Christ and the testimony of Scripture; restored in us through salvation and sanctification; can be lived in the church; and is ultimately glorified in our resurrected unity with Christ.

“Finish your new creation,” Charles Wesley once wrote, “let us be pure and spotless. / Show us your great salvation, perfectly restored within you.

This theological articulation is not reserved for Methodists dealing with division, according to Pentecostal theologian Dale Coulter.

“The immediate catalyst for this was what was happening in the UMC,” he said, “but when we got together, everyone was in agreement that we weren’t writing this to solve this. We write this in the hope of articulating an orthodox Wesleyan witness.

Coulter hopes it will be used by his own denomination, the Church of God based in Cleveland, Tennessee, as well as a wide range of other Christians. The document is Catholic in small c, he said, and makes frequent references to early church fathers and medieval theologians in addition to the Bible and the writings of John and Charles Wesley.

It is also deeply Trinitarian, speaking of creation and restoration as the work of the Father, Son and Holy Spirit. Coulter, who worked on the Trinitarian language in the document, said it articulates a robust “Christological and pneumatological” view, rooted in Scripture, tradition and spiritual experience, and has a broad view of salvation.

“This statement attempts to show that salvation is, in the words of John Wesley, ‘from the dawning of grace in the soul to its restoration in glory,'” Coulter said. “We are not obsessed with justification, which leads to this dichotomy between evangelism and social justice. We focus on holiness. Wesleyanism tries to articulate a holistic theology centered on holiness.

Some proponents of “The Faith Once Delivered” hope the document will increase the visibility of Wesleyan theology among evangelicals, providing them with an alternative to more mainstream Calvinism. Mark Tooley, a Conservative Methodist commentator, jokingly called the document “our Synod of Dort,” referring to the 17th-century meeting where Reformed theologians came together to articulate the Five Points of Calvinism.

“They’ve crafted an accessible, accessible document,” Tooley said. “He clearly articulated Calvinist ideas and he was influential for 400 years. Hopefully this document will have 400 years of influence.

Many evangelicals today cannot name any specifics of Wesleyan theology. When Reformed evangelicals fight for women in ministry, social justice, structural racism, and while empathy may or may not be a sin, few turn to the Wesleyan tradition for another perspective.

Wesleyanism is more egalitarian, with a long tradition of women in ministry. It is more optimistic and emphasizes the availability of God’s grace to all. But, according to Tooley, even young Methodists often don’t know this and don’t know where to turn for a Wesleyan vision.

“They know who John Piper is, but they can’t name an orthodox Methodist thinker,” he said. “And that’s the fault of Methodism. It is not the fault of the reformers. It’s Methodism.

“The Faith Once Delivered” could change that by uplifting Wesleyan scholars. The John Wesley Institute is also planning other summits, including one this summer focused on social witness.

The document is also designed for use in churches. It is divided into short sections with numbered paragraphs. A small group or Sunday school class could read the handout alongside John Wesley’s sermons, Charles Wesley’s hymns, and Bible verses referenced in the text.

After she finished grading the papers at the end of her semester at Asbury, Nicholson sat down with “The Faith Once Delivered” to read it in one sitting.

“I think it provides a foundation and a breath of fresh air,” she said. “It really got me praising God. It’s a document that should make people rejoice in what Christ, the Spirit and the Triune God have done for us. It’s beautiful.”

Routt students of the year announced