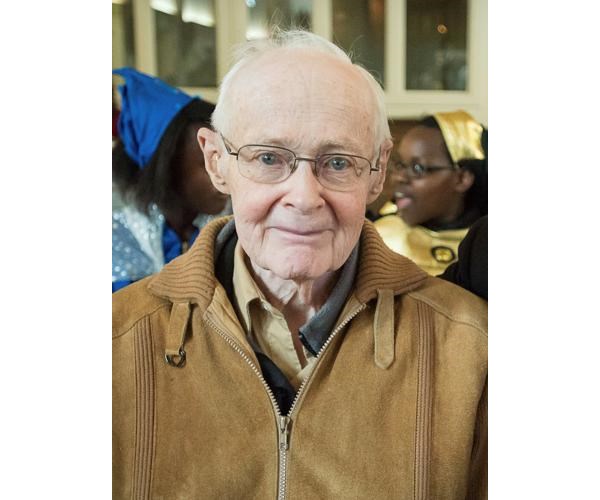 Thorstein Warren Burtness Jr. passed away peacefully surrounded by his family on September 24, 2021 at the Veterans Community Living Center at Fitzsimons in Aurora, Colorado, about a month after turning 96.
Thor was born August 28, 1925 in Milwaukee, Wisconsin, to Thorstein Burtness Sr. and Ruth Ericksen Burtness. His younger sister, Betty, joined the family a few years later and when Thor was around five the family moved to the Chicago area where they settled into a house at 452 Lenox Street in Oak Park. Thor spent the rest of his childhood there, graduating from Oak Park / River Forest High School in 1943.

Thor began studies at nearby Wheaton College this fall, only to retire and enlist in the Army Air Corps in January 1944 as World War II continued. Upon his release in 1946, he resumed his studies at Wheaton, graduating in 1950. Believing that God called him to a ministry in the church, he went to study at the Theological Seminary in Dallas.

While a student in Dallas, Thor had a blind date with friends and met Vivian Stovall. This relationship developed and Thor and Vivian were married on September 3, 1951 at Scofield Memorial Church in Dallas.

After Thor graduated from seminary in 1953, he and Vivian embarked on a 30-year career in pastoral ministry, serving churches in Hitchcock, Texas; Alma and Oakland, Nebraska; Wallace, Michigan; and Rockford, Illinois. After leaving his last church assignment, Thor continued training in clinical pastoral education in Dallas, where he and Vivian lived until 2000 when they moved to Denver to be close to their family.

Thor and Vivian were fortunate enough to have two sons, David, born 1953, and John, born 1957, and they both survive him, along with John’s wife Carol, and their children Hannah and Ben. . He is also survived by his brothers-in-law Glenn Deaver and Bud Knoedler; sister-in-law Velma Fetzer; and several nieces and nephews, as well as their children and grandchildren.

Thor was predeceased by Vivian who passed away in 2014 a few months after their 62 wedding anniversary; by her sister, Betty Burtness Knoedler; his grandson, Daniel; and several other members of his extended family.

A memorial service will be held Friday, October 22 at 3:30 p.m. at the Windsor Gardens Community Church at CenterPoint, 595 S. Clinton St., Denver. In lieu of flowers, the family suggests memorial donations to the Thor Burtness Sr. Endowed Scholarship at Wheaton College (501 College Avenue, Wheaton, IL 60187 or www.wheaton.edu/giving/); or at the Windsor Gardens Community Church; or to a charity of your choice.

Legacy.com reports daily on death announcements in local communities across the country. Visit our funeral home directory for more local information, or see our FAQ page to help you find obituaries and send your condolences.