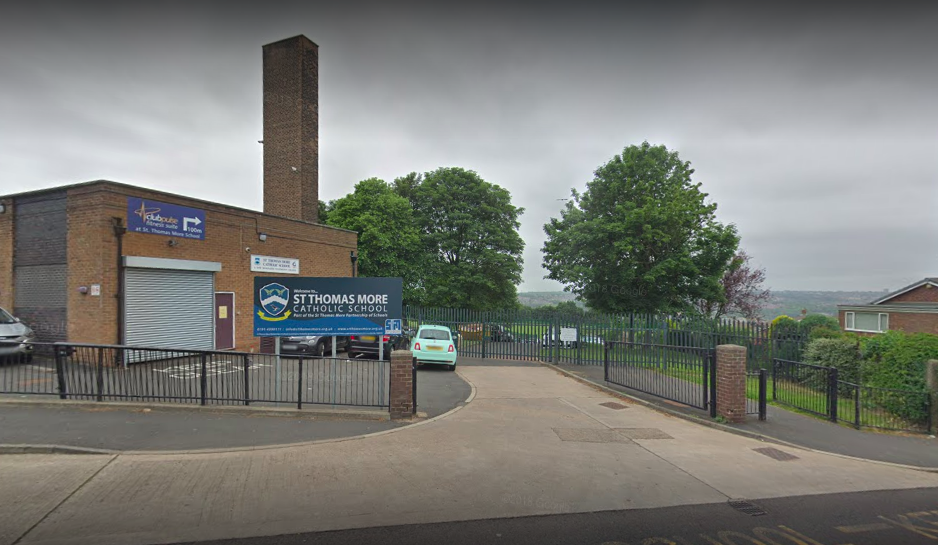 Police are looking for a group of anti-vaccine activists accused of confronting students outside a school with images of dead children.

Parents said their children were “ambushed” by a group of seven anti-vaccines outside St Thomas More Catholic School in Blaydon, Tyne and Wear, before classes on Monday.

They gathered outside the premises as the school began its coronavirus vaccination program for students aged 12 to 15.

One protester allegedly used a megaphone to launch anti-vaccine conspiracy theories, while others are accused of distributing leaflets to students showing images of dead or disfigured children.

Police were called to the school at 8:40 a.m. on Monday after complaints from parents and the principal, but the activists fled before the police arrived.

Many parents said their children were left “in tears” by the experience.

One parent said: “My 13-year-old daughter called me after she arrived at school saying that a woman tried to force her to take a nasty flyer.

“Apparently he was showing a color image of a young girl covered in blood and the woman told him the vaccine had killed her.

“Others showed pictures of deformed children. It was very upsetting and she asked me, “Will the blow kill me?”

“Some of his friends were in tears. I told him these crazy people like to upset people and tell teachers. “

Another mother said: “Our children should not be ambushed by these idiots when they go to school.”

Director Jonathan Parkinson told BBC Radio 4 Today program that approximately 60% of students had given their consent to receive the vaccine.

He said: “We had six or seven protesters on Monday.

“There were two groups, it seemed like one of them was handing out leaflets to the children and feasting through a loud spokesperson for their views. The kids weren’t really fazed by this.

“There was another couple of demonstrators who were showing our young children what appeared to be dead and disfigured children, which they believed was the result of the vaccine. This has upset a lot of children.

“We ended up with a number of upset children yesterday. We had to make sure, with our pastoral tutors, that the children who needed support could get it.

Northumbria Police said: “Yesterday at 8:40 am we received a report of a number of protesters outside a school on Croftdale Road, Blaydon.

“Agents went to the scene but the demonstrators had already left the scene.

“We are continuing to speak with the school in question and investigations are underway to determine whether any criminal offenses have been committed.”

Alice Wiseman, director of public health at the Gateshead Council, said: “The police take the problems that occurred at the school yesterday very seriously.

“While it’s okay for people to have different points of view and different perspectives – and we accept that – what isn’t is to make children angry.

“If people have gone off the beaten track in terms of tougher measures, which as I said plagues children, safeguarding is our first priority and they will take action. “

Chancellor Blank honored for her dedication to the Posse scholarship program