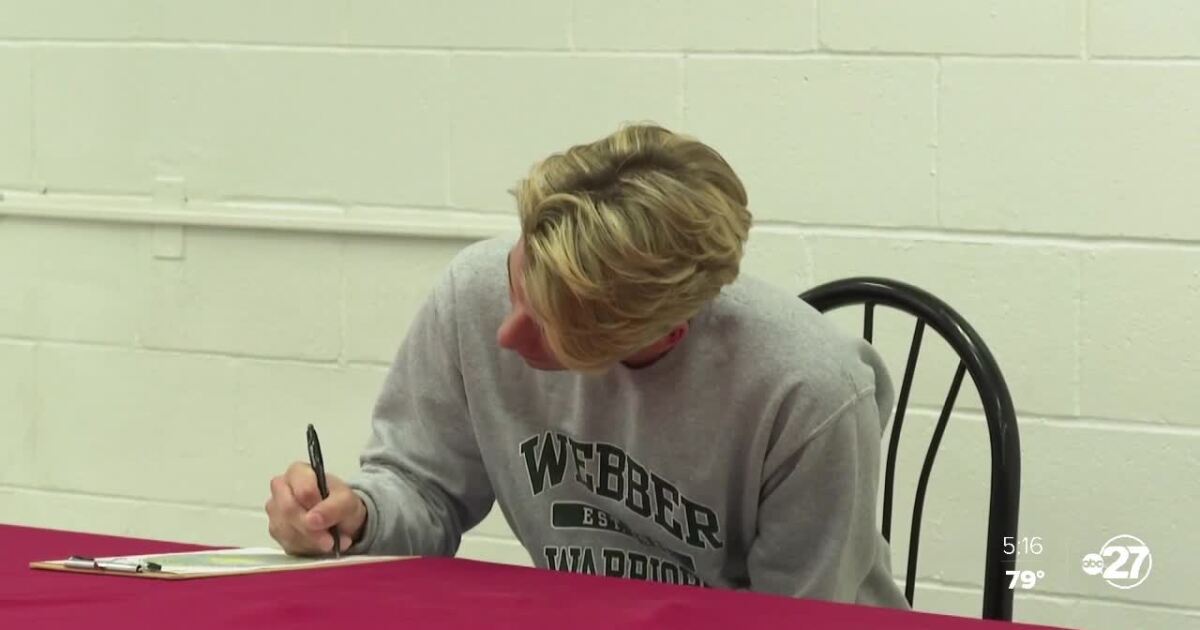 CRAWFORDVILLE, Fla. (WTXL) — The Wakulla Sigh School senior is using his passion for joy to further his education and share the message he has with those who may want to follow in his footsteps.

The story was written at Wakulla High School on Wednesday and it only took a few pom poms to make it.

Congratulations are in order as teachers, teammates, friends and family joined elder Mason Maloni as he signed an athletic scholarship to Webber International University.

Maloni is the first male cheerleader at his high school to receive this scholarship.

“I was quite nervous because guys do different things with joy, but I was totally ready for whatever the coach threw at me,” Mason Maloni said.

Maloni said he wanted the guys to know they can do anything.

She has seen Mason flourish over the years and she says Mason has become a voice for their school.

“Being a male cheerleader can’t be easy. They’re in the minority in sports,” Camper said.

Camper said Maloni was an advocate for himself and a role model for other students by showing them that you can achieve anything and beat the odds.

As for his teammates, they say “If you see one person doing back flips like constantly like doing ten, it’s Mason.”

His energy is unmatched on the cheering field and his mother says she expected nothing but greatness for her son.

“I will miss him but I’m very proud of Mason. He was a very determined and driven son and I couldn’t be prouder,” Marci Shores said.

Mason said he was excited to begin this next journey and he hopes,

“It’s been a long process but I just feel like guys coming into high school, I want it to be a lesson, I want it to be shown that anything is possible in this school if you put your mind to her,” Maloni said.

Mason said he planned to attend Webber International University in the fall; it’s about five hours south of Tallahassee.