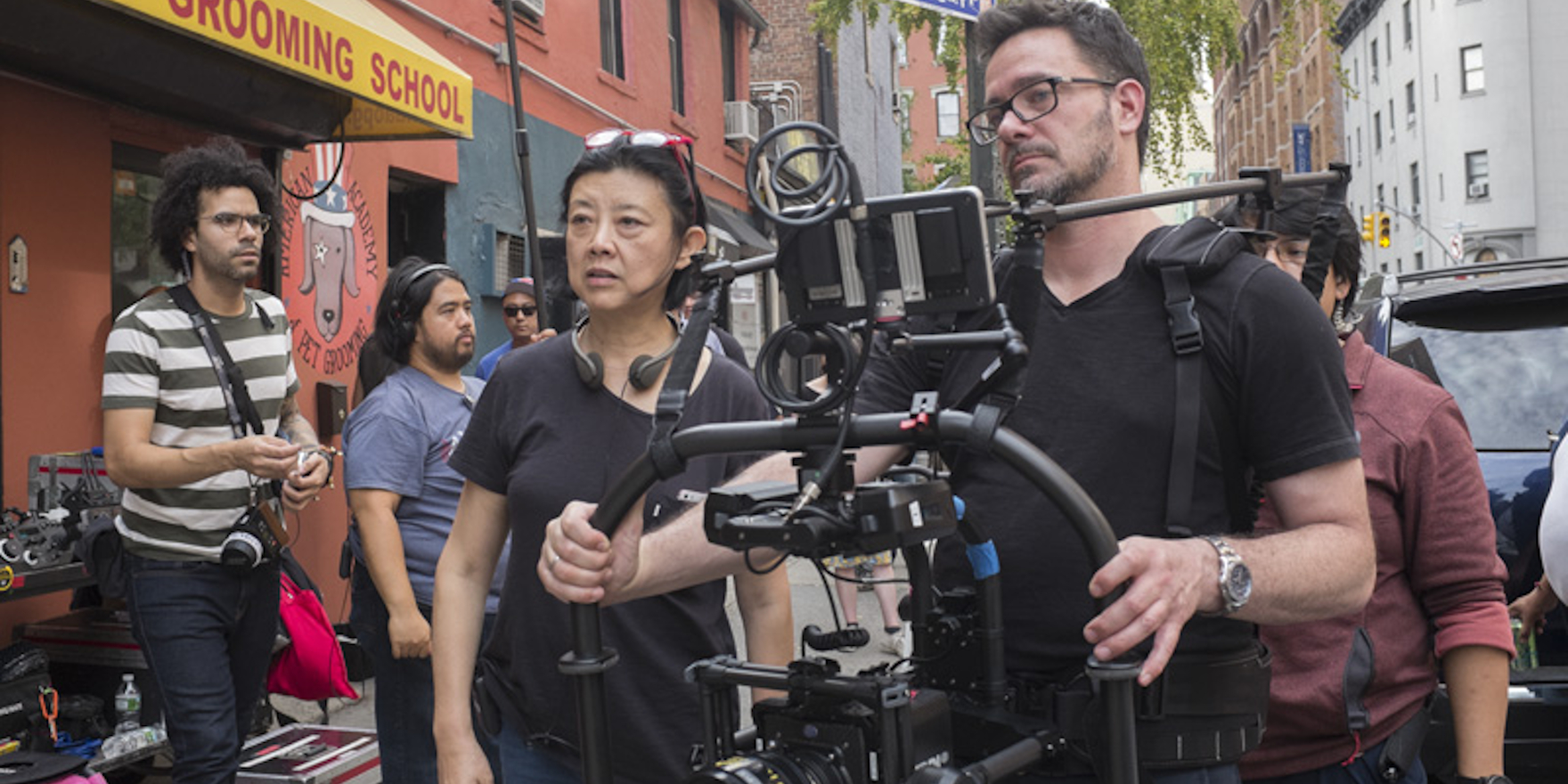 I was born and raised in Communist China. Growing up, although I only watched a few local propaganda films, I never failed to be baffled by the power of cinema. It was magical, larger than life and beyond my comprehension.

In 1979, just after the Cultural Revolution, I left China and came to America. I graduated from New York University with a business degree, then got hired by an international conglomerate, and within two years I became their main profit generator; Not only was I able to send money to my parents at home, but I was also able to establish myself financially.

Yet that was all about to change when I met my first filmmaker friend, Chen, when a gallery opened in New York in 1988. Although he eventually won the Palme d’Or at Cannes, Chen did. was then a passionate and inspiring young director from Beijing who had a few films to his credit. Seeing him trying to raise funds for his projects, endlessly arguing with potential investors about how he wanted to tell his story, my fascination became overwhelming. Little by little, the cinema was no longer a distant dream for me, but a concrete reality that could be achieved through hard work. Plus, I didn’t see anything Chen was doing that I couldn’t do on my own – at least, I thought so. I love to write and was very inspired by the idea of ​​writing visually! I couldn’t sit still at my desk at work anymore because my imagination was running wild with all kinds of crazy movie ideas. Eventually I quit my job, went back to NYU – to film school this time – where I wrote a few pages of a screenplay and made my first short, Dream and memory.

Dream and memory reflected my belief at the time on art and reality. I remember writing dialogues like: “Real art should have no practical use, they are like fog spread over the field, like light on your hair …” The film, which reflected what I deeply believed at that time as an artist and filmmaker, received a lot of critical acclaim.

Encouraged, I began the journey of making my first feature film, Shadow Magic, which took me five years to bring to the screen. At the turn of the last century, the story goes about how a Western showman brought the latest Western invention – cinema – to China – and through his friendship with a young local photographer, they brought about the birth of the first Chinese film. There was apparently a lot of me in it. Career, success, ambition, filmmaking, how change happens when the West meets the East …

The film won a Golden Rooster Award, the Chinese equivalent of an Academy Award (as well as other accolades around the world), was one of the highest grossing films in China that year and was distributed by Sony Pictures Classics in the United States and around the world. . I savored the business side of the film’s success, and wanted more. This was the period of my greatest ambition. I aspired to make films with bigger budgets and bigger stars, to swim with sharks. I was determined to show that “West meets East” could become a genre. I myself was a successful example of a hybrid, a bridge between two cultures.

Sadly, life took another unexpected turn. To my surprise and dismay, my dream marriage – a deep bond formed 20 years ago during the Cultural Revolution – fell apart. I was deeply hurt and disillusioned. I made another movie, Beauty remains, that was all about men and women. The opening narration was, “We have a choice at birth: to be female or male. Some become men. And I don’t understand why, some choose to be women. The film describes four stages in the emotional growth of women at different ages and how their destiny can be doomed and pathetic. But, in the end, it wasn’t until I managed to let these female characters redeem themselves and give the film a hopeful ending that the story came to fruition. As I worked through storytelling, I found compassion in my heart and was released from the bondage of my own pain.

Fifteen years ago, I became a mother. With this little baby wonder, Michelle, I was suddenly subjected to a kind of unconditional love that I had never known before, and as a result I started the most blessed years of my life.

Michelle has never failed to amaze me. When she was three, her English teacher told me that she suspected Michelle was dyslexic. I had never heard of it before, and the research I did online also failed to give me a concrete understanding. How far would a mother go to save the fate of her child? This question, and the journey it would take me, became the inspiration for my new film, Confetti, about a mother who travels with her 9 year old daughter from their small town in China to New York so her dyslexic daughter can have a good life. The title refers to the rich and creative world that children with dyslexia see, which is beyond what normal people experience. If we stop judging people and are free from prejudices, we can also have confetti in our lives.

Confetti was probably the most difficult movie I have made in my entire career. Needless to say, every movie is a challenge in so many ways, but Confetti overcame them all. During the first filming on location in China, I was shocked when the female and male protagonists broke their contracts by only leaving the film for three days in production, which cost us the entire Chinese budget. I remember my producer Josh Green and I sitting in a seedy little local restaurant in the dim light, desperation written on our faces, trying to cheer each other on by sharing our near-death experiences in life and trying to remember each other. that we were not yet dead! I told myself many times that in order to survive the situation I had to find the love in my heart, I had to find the strength to understand and forgive the people who had wronged me. I couldn’t lose my compassion.

I am not religious at all. But I believe that if there is a God – regardless of religion – God is love. If we find this love in our heart, we find God.

We ended up going back to China about six months later. Summer turned into winter, but we fought every day like it was the last day of our lives. When we finished the last shot, which was confetti fluttering in the wind, there was so much confetti falling all over the place. On that whitewashed winter day, we suddenly saw each other in a world covered in confetti and it was so magical… When I called, “It’s a wrap,” for the last time our crew screamed. Tears came to my eyes and I suddenly realized I was crying.

With love in our heart, our life and our work become the journey of love.