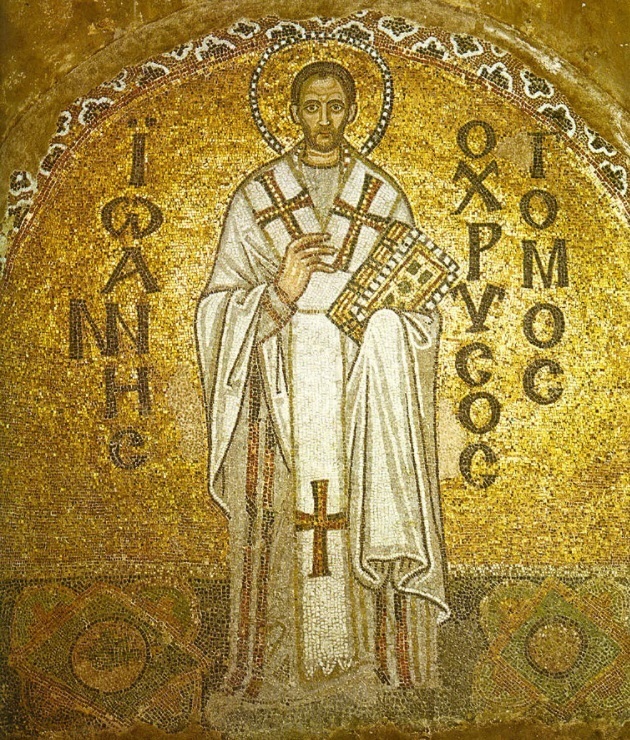 Why preaching is at the heart of the priesthood

Years ago, when I was teaching in a seminary, I was responsible for the course on the ancient church. In all the classes I have ever taught, I have considered it my main task to introduce students to the great primary texts on the subject matter; in this course, I ensured that they familiarized themselves with the work of John Chrysostom On the priesthood. Of course, any book with the word “priesthood” in the title was not an obvious choice for the Presbyterians who typically populated my classes, but it was nonetheless a text that proved popular and, if the emails from graduates are a basis for judgment, useful to those who have gone to ordained ministry.

Orthodox and Catholics might be surprised. Chrysostom’s conception of ministry is, after all, highly sacramental, with baptism and the Eucharist at its heart. But it is not just the sacraments that are central to Chrysostom’s understanding of ministry. As his nickname suggests, he was an outstanding preacher. On the priesthood demonstrates that the proclamation of the Word was a vital part of his concept of ministry.

His chapter on the ministry of the Word is, perhaps unwittingly, one of the funniest. In a section on how to handle responses to sermons, he advises preachers not to pay attention to lay criticism because, untrained as they are, they are incompetent to do so. The sting in the tale, of course, is that the same principle applies to praise. The admirer is no more competent than the critic; and as criticism should not discourage the preacher, so praise should not incite him to pride.

Amusing pearls of wisdom aside, perhaps Chrysostom’s greatest lesson for the church today is the importance he places on the preached Word in his account of the priesthood and in his own ministry. Today, secular indifference to religion is rapidly turning into positive hostility in much of the West. And while yes, Chrysostom was highly sacramental, it was not his administration of baptism and eucharist that led to his persecution. It was his preaching – part of the prophetic function of the church – that upset Empress Eudoxia and led first to her exile and then to her death.

The idea that water, bread, and wine can have spiritual power is today considered gospel folly, to use Paul’s phrase. I doubt anyone will be persecuted for that alone. Mocked, perhaps, but not persecuted. Preaching, however, is offensive, and in at least two ways.

First, it claims the power of language. We live in a time when the most serious cultural transgressions (and perhaps the criminal acts to come) are linguistic. Some find this situation bizarre, but it makes some kind of sense: human language is creative and powerful. It changes things. Whether it’s the statement “I now pronounce you husband and wife” that unites two people in sacred matrimony, or a racial slur shouted at another human being, for better or for worse, language has a divine quality.

Preaching claims this power of language, but does so with the authority of God behind it. It is therefore an affirmation of reality, a reminder of God’s sovereignty and our dependence on him, a demonstration that he is great and that we are but dust in the wind. It’s offensive.

Second, it teaches the truth of God. He catechizes. It educates us to the reality it proclaims. It molds our hearts and minds in a way that allows us to see through the deceptions and lies of this time. Eudoxia’s opposition to Chrysostom was a function of this. Her words taught truths she didn’t want to hear and which, perhaps more importantly, shaped people’s hearts and minds. And so it must be destroyed. As we live in a time when knowledge of basic catechetical doctrine is arguably at an all-time low, we cannot overlook the primary means by which such doctrine is adopted and taught within the Church: the preached Word.

I am willing to admit that my own Christian stream, Presbyterianism, has often not emphasized the sacraments as it should. This seems to me to be a legitimate concern of Catholic and Orthodox critics. But Chrysostom’s emphasis on preaching indicates a lack among the churches of our detractors. And preaching will only grow in practical importance as the aggressive mythos of this era are preached to us from every soap opera, commercial and TikTok video.

If the Church wants (humanly speaking) to survive, it must confront these lies with the truth proclaimed in the preached Word. Chrysostom’s legacy is not only sacramental. It is also prophetic. And if we are to carry out the prophetic call of the church, we too must ensure that our preaching is powerful and central. This is an important way to honor Chrysostom’s legacy.

Carl R. Trueman is Professor of Biblical and Religious Studies at Grove City College. He is an esteemed church historian and previously served as the William E. Simon Fellow in Religion and Public Life at Princeton University. Trueman is the author or editor of more than a dozen books, including The rise and triumph of the modern self, The Creedal Imperative, Luther on the Christian Life, and Histories and Errors.

Nun who admitted stealing more than $835,000 from Torrance Catholic school gets one year in jail